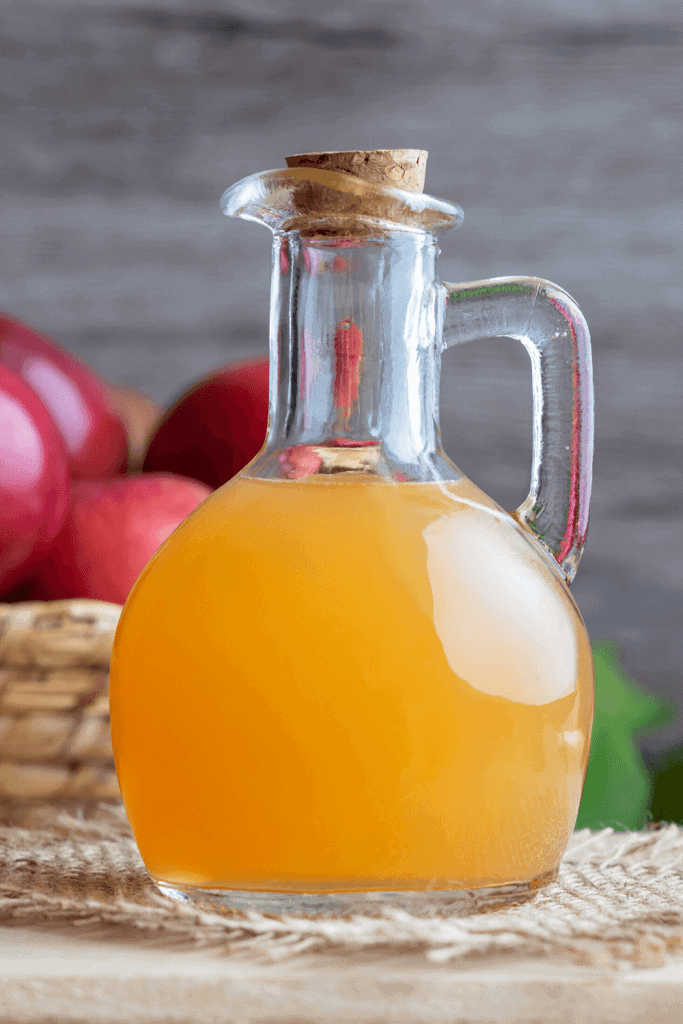 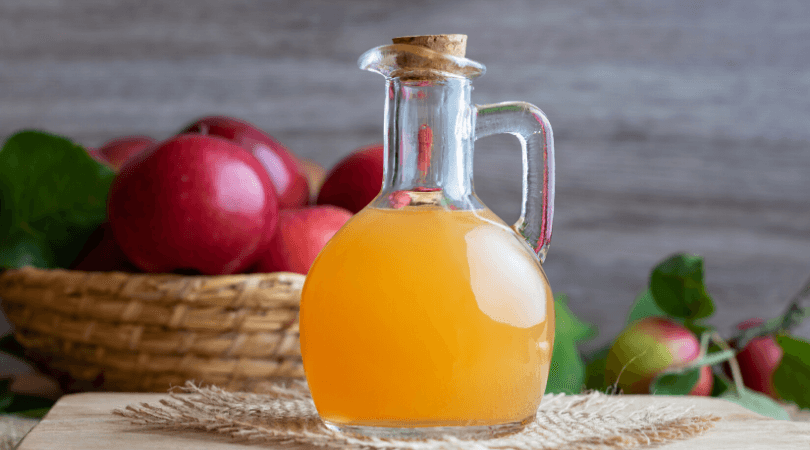 Apple cider vinegar has been taking the health world by storm. Now, after years of apple cider vinegar being praised as the miracle healer of all the things, we are seeing mainstream skin and even hair products that are cashing in on this popularity, too.

But, is apple cider vinegar really as good as the hype?

I figured I wasn’t the only person asking this question, so I decided to do some research.

Especially since I find apple cider vinegar almost impossible to drink. So, I certainly would’ve been relieved to learn that it’s not all it’s cracked up to be.

But, while I learned that many of the health benefits from taking apple cider vinegar are actually backed by scientific research, there are some definite risks that we should all be aware of.

But First, What Is Apple Cider Vinegar?

Apple cider vinegar is made similarly to wine. In fact, the word “vinegar” is French and means “sour wine”. To make ACV, crushed apples are exposed to yeast, which causes the sugar in the apples to ferment. Then, bacteria are added in, which increases the fermentation process, resulting in alcohol, and then, acetic acid.

The combination of probiotics, acetic acid and the nutrient profile of apple cider vinegar are what makes it a powerful natural remedy for many things.

And, we are not the first generation to discover the homeopathic value of ACV. It’s actually been used for centuries as a natural medicine, preservative, and disinfectant.

Like they say, there’s nothing new under the sun.

So, now that we know what ACV is made of, let’s talk about those health benefits that are actually backed by science.

Because any type of vinegar is a natural disinfectant and apple cider vinegar packs the additional punch of probiotics, it offers a very natural, effective way to kill bacteria.

Apple cider vinegar can be used for a variety of things, from making homemade cleaning supplies to mixing up a homemade salad dressing.

With all of the salad recalls going around, it might just be a good idea to mix up a dressing with ACV to ensure that some of those bacteria strains are gone for sure.

Not that I would totally rely on ACV, but hey, every little bit helps.

Apple cider vinegar is also used in some natural and homemade skin care products as a potent way to kill the bacteria that causes acne!

When I was pregnant with my daughter, I got smacked with a bad case of pregnancy acne, but couldn’t use any of the normal products for breakouts!

Apple cider vinegar is also a great, natural way to neturalize odors – such as foot odors and underarm odors that other products can’t seem to eradicate.

If that’s the case – there’s probably some yeast or bacteria growth that is causing the odors and apple cider vinegar might be your solution!

To use, dilute a spoonful in 8oz. or more of water and then use a cotton ball to apply it to the stinky area. Let it dry.

Because there is a very potent smell to ACV, this is probably best done at night and then shower in the morning to rinse it off!

I feel you. I was using 3-5 products every single day in an effort to tame my unruly tresses and I believed it was necessary, because my hair radically changed after having kids.

But, I started using a shampoo and condition with a low level of apple cider vinegar and only natural essential oil fragrances and my hair sprung back to pre-baby health in no time.

It was seriously astonishing. I wrote a more detailed review about the shampoo and conditioner that I tried in this post on smoothing shampoos, but I’m also going to share them here. They are just that good.

With diabetes diagnosis on the rise, especially here in the U.S., this one is good news. Now, beware of claims that ACV will singularly fix your blood sugar levels and heal your diabetes – but, taking it certainly won’t hurt!

In addition, vinegar has been shown to improve insulin sensitivity, which is particularly useful for those with diabetes, but is honestly good for everyone, too.

You can read more about some of the studies conducted, but the most important takeaway is that ACV will not replace your medication. And, as always, check with your doctor if you are being monitored for a health condition before adding ACV, or any new remedy, into your diet.

But, that’s not exactly how it works.

In this interesting study, participants were give 2 tbls. of ACV at lunch and dinner AND reduced their overall calorie intake. The group that took ACV in addition to reducing calories lost a noticeable amount of weight in comparison to the group that only reduced calories. They averaged 8.8 lbs. of weight loss compared to 5 lbs, and the ACV group had lower cholesterol levels.

So, apple cider vinegar can make an excellent addition to your overall wellness and fitness plan, but it won’t replace cornerstone components like a healthy diet and exercise.

Since studies have shown that ACV can help lower cholesterol, this has the added bonus of supporting your heart health!

Since heart disease is a serious killer, that sounds like a major bonus to me!

In a study done by Harvard, women who ate salad with a dressing with vinegar had a reduced risk for heart disease! (source)

If you’re interested in trying something like this, here is a salad recipe with a dressing that contains ACV!

But, don’t start chugging the ACV just yet, because despite these health benefits – there are some downsides to this miracle elixir: 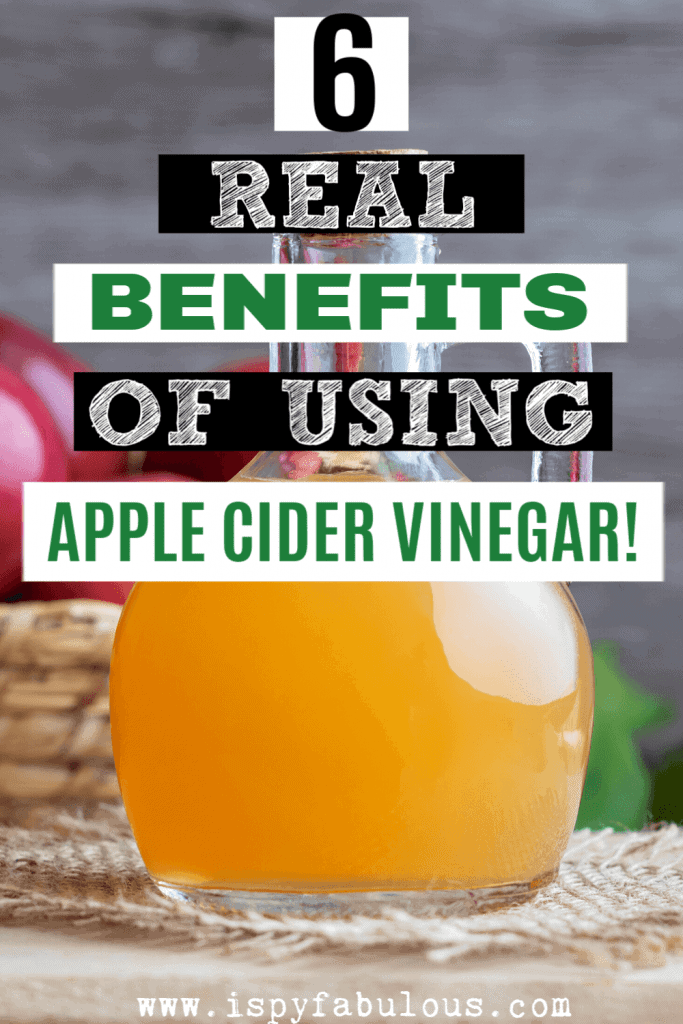 When I start reading that something can do all of these great things for my health, I tend to be an all-in type of person.

But, just drinking tons of apple cider vinegar is not a good idea – as the vinegar content can actually cause damage to the esophagus and digestive tract when taken without dilution.

2. Other risks also include damage to the tooth enamel, from the vinegar content. This can lead to cavities and other issues.

3. Also, some home remedies recommending putting undiluted ACV on the skin for various skin ailments, but this has been linked to some chemical burns on sensitive skin from the ACV.

Mix the ACV with some water to reduce any damaging effects on your teeth, mouth and digestive tract. Create an ACV tincture with other soothing, moisturizing ingredients if you’re using it on the skin.

Or, take it in a different form, so you can get all the benefits, without the risks.

Here are a few different ways you can take apple cider vinegar without having to shoot it straight (which many people can’t do anyway without gagging!):

The world’s 1st gummy with apple cider vinegar! I take two of these every day.

These actually taste pretty good, even my kids will take them, and they’re not too expensive. I get them on Amazon.

Just take a look at all the reviews. Pretty mind-blowing.

I love me some supplements! I take quite a few every day. My FIL takes his ACV as a supplement and loves it.

I want to just mention that while my FIL takes ACV capsules, I have never tried it this way. I do take the Goli Gummies almost every day.

Buy the Bragg’s (with the mother) and then mix up a drink. Here’s a recipe that a dear friend shared with me and says she drinks every day:

Morning ACV Juice: Mix a teaspoon of ACV in a quart of water, add some stevia and ginger to taste. By diluting the ACV to this degree, you drastically reduce (if not eliminate) any of the potential risks above.

****
Do you use apple cider vinegar? What do you think?

Have a fabulous day!
E