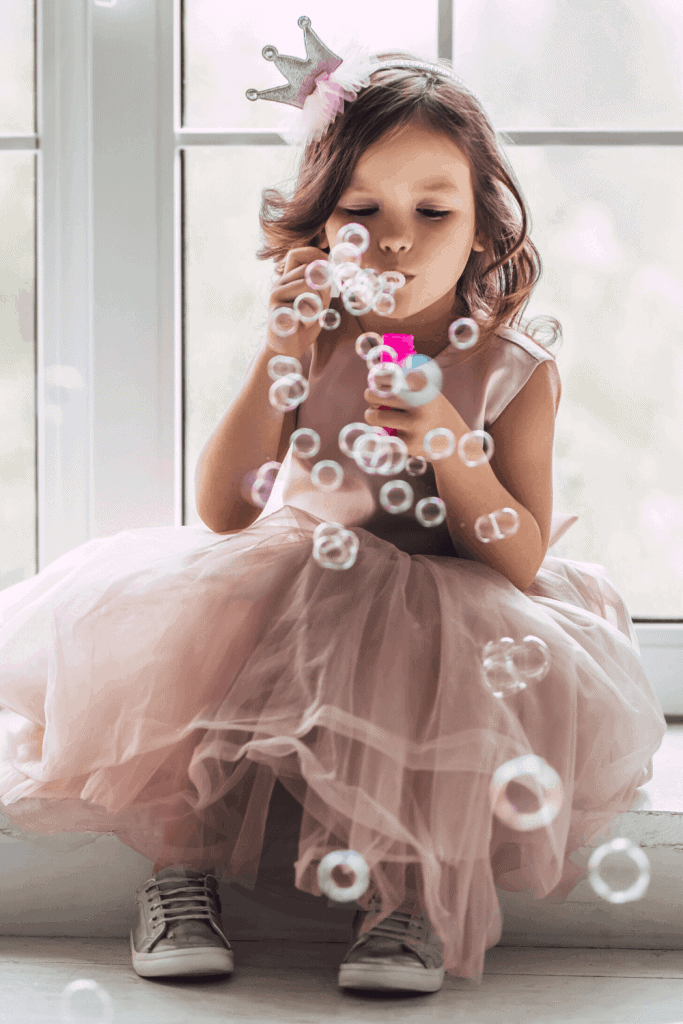 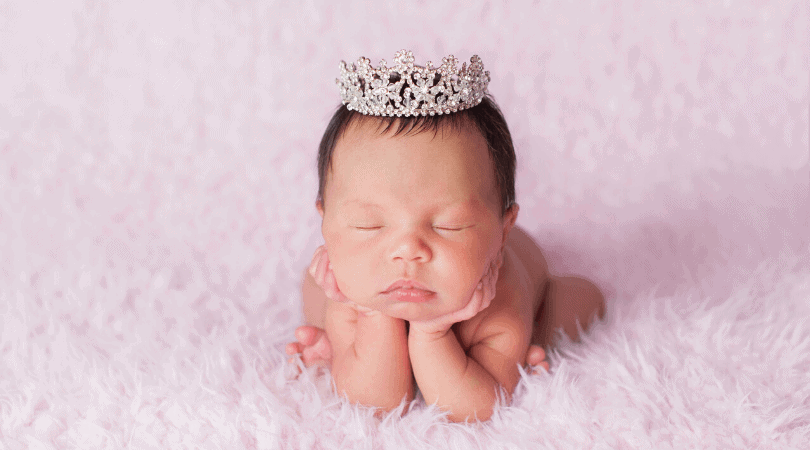 I love a strong girl name – a name that will follow her wherever she goes in life without holding her back.

While some names actually mean powerful things like “queen” and “ruler”, others project strength and wisdom, making them a perfect fit for a queen.

So, if you’re looking for that perfect name for your fiery future matriarch, look no further – these are the most badass girl names for a future queen.

Alexandria is a regal name meaning “defender of mankind”. Wow. That’s a showstopper if I’ve ever heard one. Alexandria has been in rotation since as early as the 13th century and has been the moniker for several royals. With plenty of nickname options like Alex, Lexi, Andria, Ria and more, you’ll be able to shorten it without losing any of the beauty. If you love girl names with nicknames, check out this post!

This beautiful name of Arabic origin means “ruler”. Some versions say Amira means “princess” as well. Either way, your little one will stand tall and proud with a moniker fit for royalty.

This name one graced the Queen of Atlantis, making it a queenly choice. Also of French origin, Antinea has a fluid, graceful sound that will appeal to people drawn to sweet names that flow, but still wanting a name that packs a serious punch in history and meaning.

Aubrey is a name that has been climbing baby name charts in recent years because of the tie to the popular nickname Bri, but Aubrey has been around much longer than that. Carrying the meaning “elf ruler”, Aubrey is tied to French, English and German roots and was once popular in the Middle Ages. Aubrey is another vintage girl name that never seems to fall far from favor.

A combination name that puts Aubrey and Anna together, Aubriana bears the weight of both names and boasts the meaning “rules with elf-wisdom”. I may be partial, as I have a sweet niece with this name, but I think it is a beautiful name with a powerful meaning.

This might be one of the more obvious names on the list, since Contessa means “countess”, but Contessa is still a beautiful way to imbue your daughter with the mantel of royalty. Plus, I think Tess and Tessa are some of the cutest names I have ever heard.

Whether you spell it Daria or the more exotic Russian spelling, Darya, you’ll still get a name fit for a queen. Daria means “kingly” or “wealthy”, both strong meanings to give your daughter. Daria is both contemporary and classic, fitting for both a queen and a cartoon character.

The mother of Aphrodite, Dione is a name steeped in Greek mythology. Yet, unlike some other Greek Goddess names that might seem farfetched for a human baby, Dione has power, flair, and is also grounded enough to not get them teased on the schoolyard. 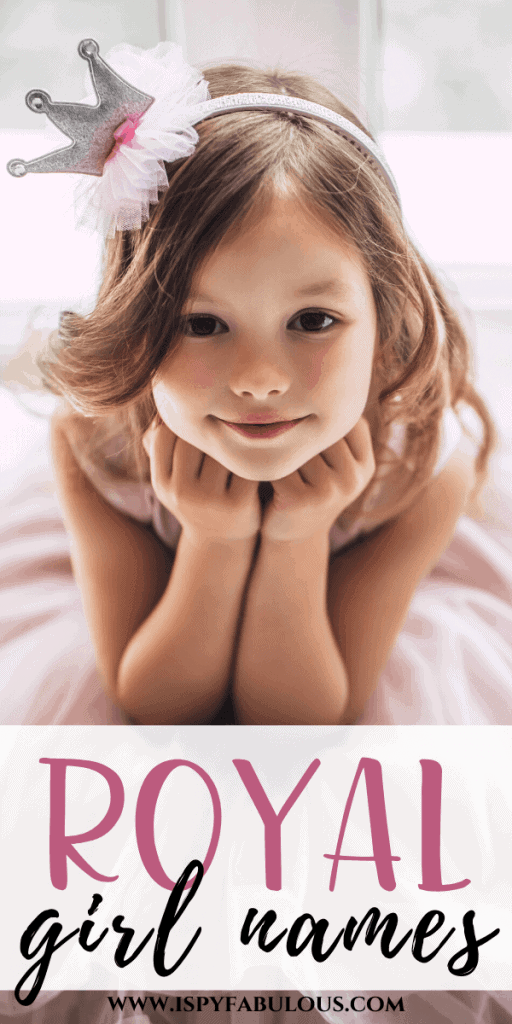 Have to throw my own name in the ring – as Erica literally means, “queen of all things” and also “ruler of all things”. Some versions even say “powerful rules” – which might be my favorite.

Made popular by the character played by Susan Lucci in the soap, All My Children, Erica shot into the top 50 names in the 70s and 80s. Today it sits in the top 1,000.

I love that Etta is coming back into popularity, but Etta began as a shortened version of the old-fashioned Henrietta. Both mean “estate ruler”. Famous females by the name, such as Etta James and Etta Fitzgerald are definitely examples of rulers of their craft and life.

Federica is of Italian origin and means “peaceful ruler”. Federica feels much fresher than Frederica, and is coming back into popularity along with other vintage names. With names like Frankie and Danny becoming popular girl names, Federica offers a little masculine edge while still being elegant.

While Frieda may sound dated at first, the meaning is precious. Frieda and Frida both mean “peace, calm” and “peaceful ruler”. With Freya reaching the top 20 names for 2019, one wonders if Freida will also see a revival in coming years.

On that note, Freya has multiple meanings, most commonly “noblewoman”, but also “queen of the gods”. Who wouldn’t want to be called “queen of the gods”? These powerful meanings could be part of what has skyrocketed the popularity of Freya.

Hattie, a shortened, modern form of Harriet and Henrietta, all mean “estate ruler”. Hattie has become very popular and is a chic take on the more formal names it comes from. Hattie’s popularity partly come from popular name-bearers and TV show characters by the name.

One of my favorites, Isolde is best known for the Tristan & Isolde Arthurian legend. Isolde has the very cool meaning of “ice ruler”. While not popular in the U.S., Isolde remains quite popular in Europe and the Netherlands. I love it so much, I tried to work it in as a middle name for my daughter, but our little Christmas gift was given the middle name Noelle instead.

Kaela means “laurel crown”. Typically thought of as just the shortened version of the Scandinavian Mikaela (pronounced Michaela), but Mikaela means “gift from God”. Kaela can stand alone as a beautiful name that can be the crown for your little sweetheart.

Landry used to be a surname and has crossed over as a unisex first name option. With a meaning like “ruler”, it’s easy to see why parents are drawn to it.

Leilani is a Hawaiian name that translates to “heavenly flowers” or “royal child”. When we visit Hawaii, we love to stop at a restaurant named Leilani’s that is just steps from the ocean waves. I have always loved the name because of that restaurant and definitely feel it is the “royal child” of restaurants. Leilani has continued to gain popularity over time – leaving the mainland and traveling around the world. 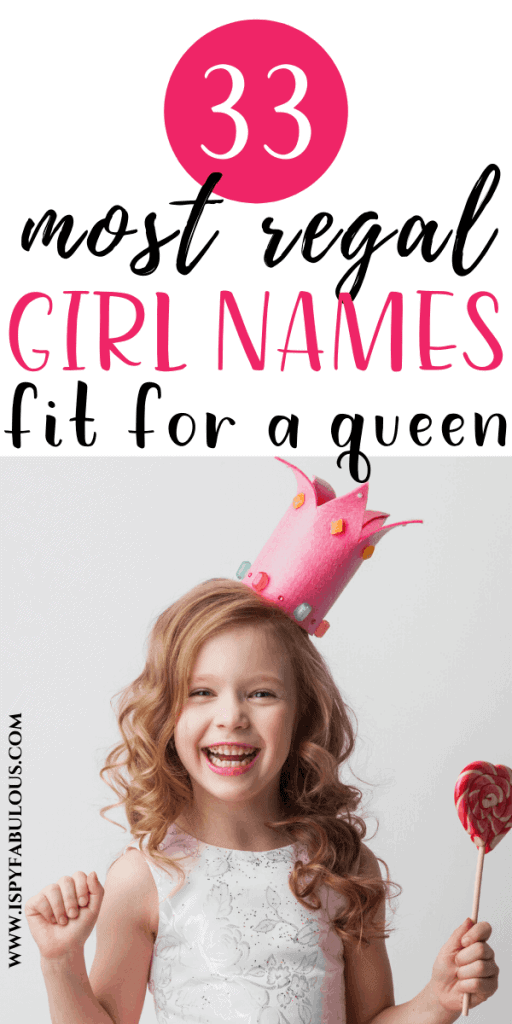 This sweet name originated in Breton and means “princess”. Maelie is a less common name reminiscent of popular names like Mylie and Kaylee.

Grey’s Anatomy fans will love this – Meredith is a powerful Welsh name that means “sea protector”. Makes you wonder if writers of the show picked this name for the character who clearly protects the sea of surgical residents.

One of my favorite names, Raina is of Spanish origin and means “queen”. I love that Raina is both modern and timeless. Some definitions say that Raina comes from Regina, which is of Bulgarian and the female version of Rex, which means “king”. Regardless of where it’s from – it’s a gorgeous name.

Rani is not just a name, it’s the Hindu word for “queen” – making it a regal choice for any girl. Rana is another version of the name in Arabic, which also means “queenly”.

Another name that has become a unisex baby name favorite, Reagan means “little king” and is a perfect choice to grace your little girl or boy.

This name was a close contender for my own daughter, because I loved that the name means “great queen” or “divine queen”. Of Celtic origin, it also ties in part of my heritage. There are rumors that say that Rhiannon was the name of the Celtic goddess of fertility and the moon, too.  And, how can you not love the song featuring this name by Fleetwood Mac?

Any Gilmore Girl fans? Perhaps the writers knew that Rory is a Gaelic name that bears the meaning “red king”. Perhaps that was intentional, as we see both Lorelai and Rory fighting for the crown in their relationship.

A true gender neutral name now, Ryan is an Irish baby name that burst onto the scenes in the 70s and has continued to hold it’s position, even inspiring the popularity of a list of “an” ending names like Dylan, Aidan, Caden and Jayden. Meaning “little king”, it’s the perfect name for a royal. When the Kardashians spelled it Reign, they gave it new life in this era of royalty-obsessed baby namers.

Ahh, I love this name! Sadie is both feminine and edgy, classic and cool, and meaning “princess”, her name will mean exactly how you feel about her.

A sweet-sounding name with a sweet meaning, Sara means “princess”.  Sara is also a top pick for those looking for a biblical name as well. Sarah is an ancient name, but never seems to go out of style.

No question why Katie Holmes and Tom Cruise picked this moniker, Suri boasts the proud meaning of “princess”. A more exotic version of Sara, Suri is cute, without being too sweet, strong, without being too harsh, and classic, without being too popular. Plus, now that it has been given to Hollywood royalty, the name is sure to become a fan favorite in no time.

Pronounced “Tyla”, this cute name is a fun variation of popular names like Kyla, Tyra, Lyla, etc. But, this one literally translates to “Thai queen”. Not bad 😉

No doubt Disney picked this name to crown their princess because it means “fairy queen”. What a sweet Russian girls name that is a bit more contemporary than similar sounding names like Tatiana.

Also pronounced Tea and Taya, Thea is a Greek name meaning “goddess”. Thea is the ending of many strong Greek names, such as Dorothea, Althea, and Anthea. Thea is also the name for the Titan of sight, goddess of light, and mother of the moon. A name truly fit for a strong, brave, independent girl who will grow into a queen.

Another one of my favorites, Zara, or Zarah, means “princess” in Arabic. A gorgeous name with gravitas for the woman she will become. Find more gorgeous Arabic girl names in this post.

What do you think of these names? Would you pick any of them for your daughter?

Personally, I love a name that has a powerful meaning – I feel it only adds to the name and how the child will grow to feel about their moniker.

If you love baby names, there are so many more – you can find a lot of them on this post where I give you a free baby name list tracker.

Or, check out some of my favorite baby gear items available on Amazon (affiliate links used):


Have a fabulous day, 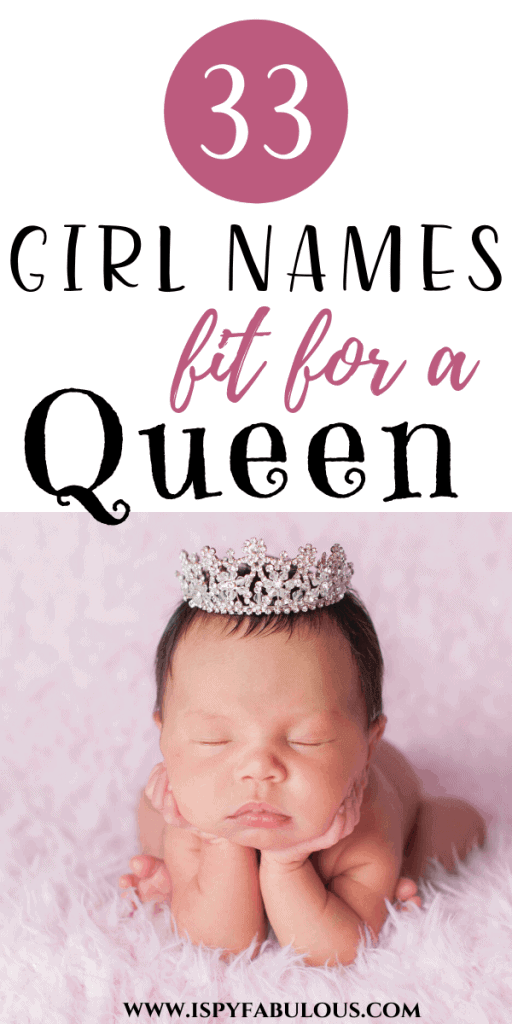